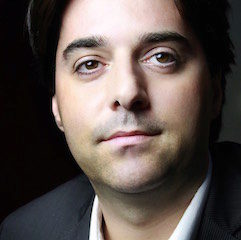 Dr. Erwann O. Michel-Kerjan is an authority on managing the risks, the financial impacts, and the public policy challenges associated with catastrophic events.  At Wharton he is the Executive Director of the Wharton Risk Management and Decision Processes Center, which for thirty years has been at the forefront of research and discoveries into how better manage extreme events; he teaches Sustainability and Value Creation in the Wharton MBA program.

Large-scale risks are reshaping the future of our increasingly interdependent world and risk management is becoming an integral part of the strategy of any organization. Dr. Michel-Kerjan actively works with top decision makers helping multinational corporations, governments and rulers address this new risk landscape and create sustainable value. Since 2008 he serves as chairman of the OECD Secretary-General Board on Financial Management of Catastrophes which advises Finance Ministries of the 34 OECD’s member countries on these issues.

Dr. Michel-Kerjan was honored by the World Economic Forum (Davos) as a Young Global Leader, a five year nomination bestowed to recognize and acknowledge the most extraordinary leaders of the world under the age of 40. In 2011 he co-led the YGL G20 Paris initiative on Global Risks under the High Patronage of then-President Nicolas Sarkozy. In 2013-2014 he served as advisor to the Chilean Presidency. He currently serves of the World Economic Forum GRR Advisory Board.

Recipient of the prestigious Kulp-Wright award for the most influential contribution to the literature on risk management (At War with the Weather, MIT Press, 2011, with H. Kunreuther) and of the 2014 Lloyd’s Science of Risk Prize, Dr. Michel-Kerjan has authored or coauthored more than 100 publications on catastrophe risk management and disaster financing, and given over 150 public speeches.  He has testified on several occasions before the US Congress as a subject matter expert and his views regularly appear in leading media. He has studied at Ecole Polytechnique (France), McGill (Canada) and Harvard (USA).

The Biggest Risks Facing the World in 2017

As the World Economic Forum convenes in Davos, Switzerland, a new report warns of the greatest challenges global leaders will face over the next decade.